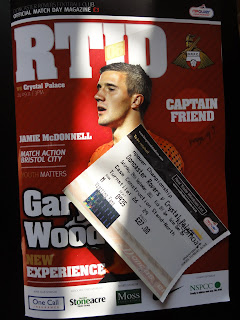 'It was a Rovers return for last seasons hero striker Billy Sharp and after coming on as a substitute seemed to transform the game for Doncaster.' 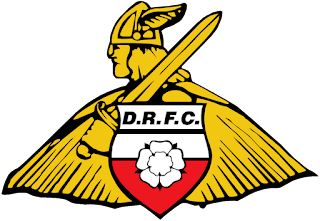 On only my second visit to this area of South Yorkshire, Doncaster Rovers are a club in turmoil. Having sacked ' Donny ' legend Sean O' Driscoll the previous day newly appointed Wrexham manager Dean Saunders inherits a team propping up the championship table and in danger of returning to the lower tiers of English football where they languished for so long.

Palace too face a mini crisis of their own having played some good football but not getting the results they deserved and now look to gain a victory against the bottom club to reignite their season.

After gaining promotion to the Championship in 2008 O'Driscoll had gained a reputation for playing entertaining purist football and his team had proudly gained the nickname ' The Arsenal of the Championship'. However on the back of some bad results and the dreaded vote of confidence from the chairman he found himself putting on his wellies and sharpening his rose clippers for some unexpected gardening leave. 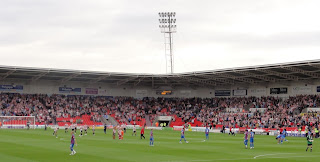 Supporting a smaller club myself it sometimes amazes me the fairy tale expectations of fans and chairmen alike. To compete financially week in week out with much bigger clubs like Forest, West Ham, Cardiff, Boro etc is something that cannot be realistically sustained on a long term basis and unless some billionaire takes control relegation is at some time inevitable.

O'Driscoll had with a limited budget and small fan base performed some minor miracles to keep Doncaster Rovers in the division for as long as he did. Surely it would of been wiser to stick with a proven, respected and capable manager and if relegation happened then look to plan and regroup for the future. Far bigger clubs have fallen to such illusions of grandeur and you only have to look at the table below to see the likes of ex premiership teams Sheffield Utd, Wednesday and Charlton still bemoaning their lowly current position in the football league. Even football giants Leeds and Man City have learned a painful lesson in such matters and in my humble opinion O'Driscoll should be given freedom of the city and knighted for his gallant efforts and service to the club.

My visit to Doncaster this time round was taken by train and access is 2 hour rapid ride from London which can be fairly cheap ( if booked in advance from the Internet ). As the last time I came there seemed to be a large police presence around the train station probably due to the fact that Doncaster is a gateway to the North and many supporters pass through here on there way to other games. The ground is a good 2 miles away so it would be advisable to take the shuttle bus ( X75 ) from the bus terminal adjacent to the train station.

As I travelled with a few friends we stayed around the town centre for a bite to eat and somewhere to sit down for a drink before kick off. As the football ground is on the outskirts of town where pubs and eateries are sparse it may be sensible to have a little leisure time nearer the station before embarking for the journey to the Keepmoat. If you plan to walk then like Leeds give it 30 minutes plus but as stated before don't expect to see much in the way of bars and shops.

Having left a friendly local pub with only half an hour to go we opted for a taxi which took around 10 minutes although we had been warned that traffic can sometimes be a problem on match days. We were more concerned about getting back as our pre booked train was leaving at 5.30 which left little time to get back to the station ( may be wise to book a later train or leave a few minutes before the final whistle ).

The Keepmoat is a modern bowl type 15,000 capacity stadium built in 2006. Not much to look at at first glance being a fairly low level construction it is however when inside quite an impressive ground. Not surprisingly the facilities are first class and even with smaller attendances generates a good atmosphere. Leg room was ample and the view amazing being so close to the pitch and having no obstructive pillars to peer around.

I would imagine that had the weather been less hospitable then anyone sitting in the front rows would of been very open to all the elements. Away fans are charged £27 ( compared to the £20 two years ago ) which is a little steep so weighing that up with all the positives I'm giving the Keepmoat a respectable 7 out of 10. 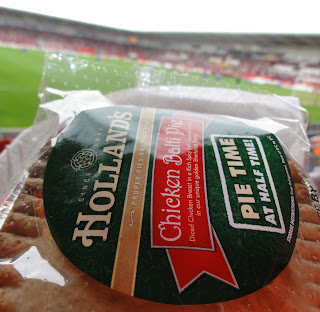 Holland's chicken baltis were thankfully on offer but at £3.00 a pie a little expensive. 6 out of 10

The programme priced at the usual £3 was in probability a depleted match day publication having for obvious reasons no managers comments. It substituted written articles with players photos more likely on a temporary basis until their current management problems are resolved. Sean O'Driscoll was still surprisingly mentioned at the back and there was no mention of the arrival of Dean Saunders.
Programme 7 out of 10 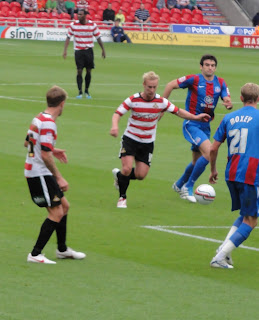 The game was surprisingly a scrappy direct affair considering the fancy football both teams had been playing up to this point. Doncaster looked by far the most dangerous but lacked any killer instinct depending solely on the brute force of veteran striker Jon ( the Beast ) Parkin. Palace on the whole were disappointing both up front and in defence. Only young Eagles striker Wilfred Zaha showed any real quality but with a below par performance from his team mates and maybe the wrong tactics deployed his efforts were in vain. It was a Rovers return for last seasons hero striker Billy Sharp and after coming on as a substitute seemed to transform the game for Doncaster. Ironically it was former Palace midfielder John Oster who gained Donny a much needed victory through a lucky but deserved deflected goal that lifts them off the bottom of the table. 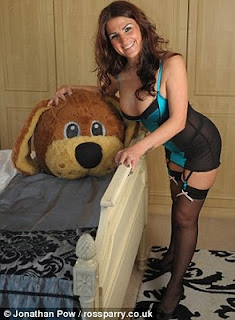 On a lighter note and ending with some good news for all is that the lady who adorned Doncaster's mascot ' Donny Dog' has been reinstated after losing her job. The story had hit the major tabloids after the rather big chested local lass had been caught having naughty photos ( for charity ) and had consequently lost her Saturday job. But after a little pressure from the public those rather conservative and pompous boardroom boys have seen reason and the story ends well proving that every dog has it's day. Shame they can't see sense and reinstate Sean O'Driscoll. Time for some breast implants me thinks Sean ! 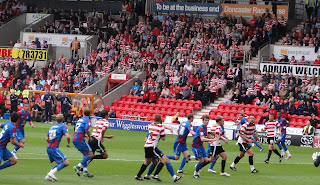