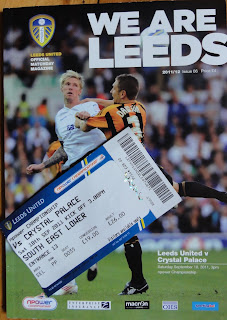 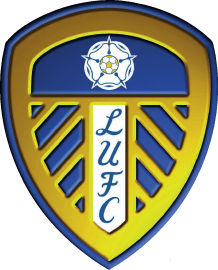 Having been raised by a Brian Clough loving Chelsea Supporter it comes as no surprise that I was somewhat indoctrinated from a young age into having a slight dislike of the ' Damned United ' Leeds. Just like yin and yang for every great entertaining football team blessed with the touch of God there lurks the opposite.

Don Revie's hugely successful Leeds team of the 70's were just that. With their 'results are everything' philosophy they were  darlings of the media and champions on the pitch yet despised in the game for their over physical and off the ball tactics that today is common practice in the modern game.

After the Revie years Leeds went into a period of rapid decline right up until the late 80s when Howard wilkinson took the reigns and they established themselves once again as English champions and gradually began to make inroads in Europe. It was this costly venture and gamble that would eventually lead again to their demise as they heavily over invested in both club and players.

After a period of urgent reorganisation Leeds United football club found themselves on the verge of extinction and relegated to the third tier of English football. Now after gaining promotion two seasons ago it appears the sleeping giant is beginning to awake.

My two and a half hour journey by train from Kings Cross was a little uncomfortable as I had to share my leg room with a black Labrador dog belonging to a delightful Leeds supporting mother and son sitting opposite me. I suppose you would have to feel sorry for the dog too who had to endure my smelly feet in it's face (or I hope it was it's face !) It did feel like my knees were being forced into my chin at times but the company made the time go quicker and gave me a little fan viewed information.

It seems the main gripes were focused on the infamous Leeds Chairman Ken Bates and the criticism that he has spent far too much on the ground and very little on players. Mr Bates has a reputation for being a bit outspoken and later after reading his column in the match day programme I believe he doesn't endear himself to any Leeds faithful supporters who disagree with his views by labelling them as 'morons'.....naughty naughty Ken !

However with results going the right way it will not be too long before all the negative attention will taken off Mr Bates and again both club and supporters can concentrate on the more important football side of things.
The train passed the ground dominated by the huge East Stand to my right and first impressions were that it looked smaller than I thought it would be. I had done my home work before the trip and knew the journey to Elland Road was rather a long walk from the train station. 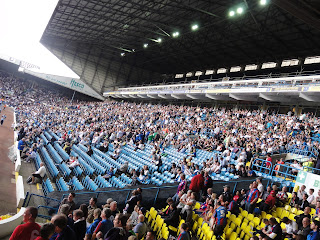 Having arrived late morning this gave me time for a little leisurely stroll around the city centre and sample the delights of this famous northern town. The weather was warm and sunny and I sat down outside and had a coffee watching the world go by. I'm sure there is a whole lot more to the place but I was quite content to casually walk around without actually doing anything. The trips to other grounds in such friendly weather conditions is a big plus as my enthusiasm decreases as it gets colder. I must try and get a few away grounds crossed off the list before November and the big freeze beyond.

Having spotted a few Leeds supporters bravely walking from the main station to Elland Road I gritted my teeth and began the long trek. There is an option for a shuttle bus outside the station but after a rather cramped train journey and the time being too early a little exercise was in order. 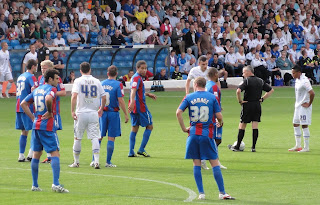 It was in all honesty a simple straight forward stroll that took around 30 minutes and got me to Elland Road just over an hour before kick off. The first thing other than the East Stand you notice when visiting the ground is a bronze stature of Scotland and Leeds legend Billy Bremner outside the main entrance. I also noticed that as the supporters on the train had informed me there seemed a lot of construction work being carried out on the East Stand. Once completed it will no doubt create a wow factor when visiting the stadium from the main road but unfortunately looks presently like a building site.

The East stand holds a capacity of 17,000 but from inside the ground it makes it look lob sided and the other stands dated in comparison. Whether the original intention was to bring the rest up to a similar level and size during their European campaigns in the 90s is to me unknown but also in contrast it looks very impressive indeed.

Away fans are situated in the South Stand and I have to moan at the fact it was cramped and I was sat at the edge next to a young partisan home support and some grumpy looking stewards. The policing seemed at times over the top, far too aggressive and there were a number of people ejected from the ground through out the 90 minutes for seemingly no reason. I expected a little intimidation at Elland Road but not from officers of the law who were even openly taking photographs of individual supporters and being unnecessarily provocative. Criticism aside the stadium does generate a good vibrant atmosphere with Leeds fans being very passionate about their team and Palace with their renowned away support helping to add to an afternoon of exciting entertainment. Cost of ticket for South Stand £26.
Elland Road gets a 7 out of 10.

Inside the facilities were very good with a good selection of drinks and food ( plus tables and chairs ) and even an area for us unhealthy smokers to have a quick puff. At least here we were treated like paying customers and not criminals. 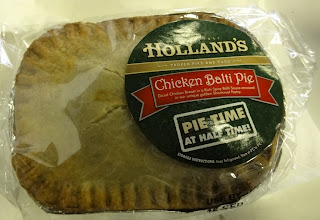 The match day programme although priced at £4 was worth every penny and contained all the facts, stats, photos and news needed for a good read. So much so that I was still reading it the following day. Also any comments from a person such as Ken Bates is bound to be entertaining whether you agree with him or not. To have a two page self righteous attack on your own supporters ( and just about everyone else ) is worth the £4 alone. Apart from a thick skin ( needed when you have a chairman like Kenneth ) Leeds supporters must have some strongest shelving in all the land to hold these bulky, fat little beauties. I can imagine that having an entire season's worth it must be like having an Encyclopedia Britannica collection !

9 out of 10 for an excellent publication. 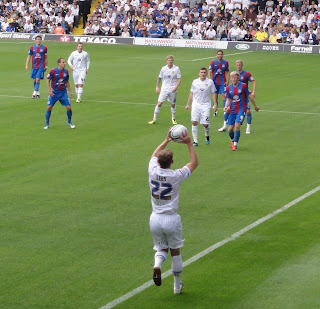 Oh dear and now for a very brief report on the game. Palace came into this game off the back of a flying start and Leeds in comparison had a mixture of good and bad results. I have to admit that I had criticised Palace for adopting a direct style of play in the first few games but they came to Leeds playing some good attractive passing football. Both sides kept the ball on the deck and this helped towards an exciting game that swung one way and the other.

This match deserved no losing team but with a couple of good tactical substitutions Leeds came from 2-1 down to beating the Eagles 3-2 in the last minutes of the game. Both teams can take plenty of positives from the game with Leeds kick starting their season and Palace being unlucky not to have taken at least a point.

After the game I did witness some idiotic young supporters taunting each other but on the whole the day was an enjoyable one and I have a lot of admiration for 'dirty' Leeds and it's fans ( sorry Dad ). I even managed to bump into the people I had travelled with on the train and they kindly recommended some places to eat before I returned home to London.  A big thank you if you are reading this, the Chinese was wonderful as was my visit to Leeds ( minus the result !). 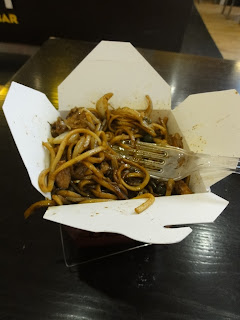 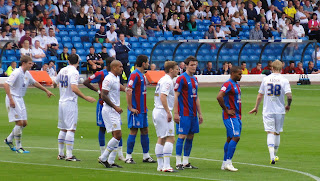