'Like Gorgie Road there was a radical transformation from the cultured centre of Edinburgh the closer we got to the stadium. American and English tourists faded away to be replaced by hoodies, single Mum's and early afternoon drunks singing in the sunshine.'

Okay for this mini report I'm cheating a bit here but we were passing the impressive Easter Road stadium when we stumbled across this charity event and the opportunity to see a game of football here was too hard to refuse. Not to bring any sectarianism into my neutral friendly blog, having a few Irish and catholic connections and viewing the world through my emerald coloured spectacles Hibs would of been my first choice on my only second visit to Edinburgh. It is a fact of life that politics and religion go hand in hand with soccer like strawberries and cream, Laurel and Hardy, Baader and Meinhof (?).

Football teams unavoidably reflect the views, faiths and opinions of the areas they represent whether they endorse it or not. Let me make it quite clear that I have nothing but contempt for most religion except maybe a little admiration for the devoted followers of Buddhism. As one of my wise Irish Uncle's always said there was never a war started in the name of  Buddhism, not too sure if this is true but I can't seem to picture in my mind a Buddhist monk manning a Sherman tank.

Ideally I hope some day a rich Buddhist consortium will buy a football club and opt to play in some overgrown woods with a natural clearing for a pitch. Swearing could be a problem but simply transfer that to chanting omm and everyone will be converted to peace and brotherly love thus solving football hooliganism. They could franchise the kitchen operations to the Hare Krishna movement as they make great veggie burgers and the most sublime biscuits for dunking in your tea. The only problem with both beliefs is the subject of pest control ( expect a fly or two in your salad ) but that beside who better to run your club and football in general ? Too much coffee or too much Monkey Magic as an adolescent ? I can only dream on. 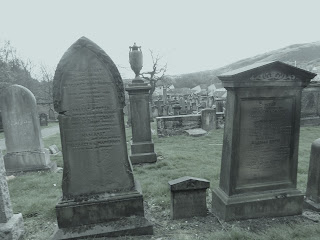 Thankfully unlike Glasgow the older Hibernian, Hearts rivalry is now more based on geographical reasons rather than religious beliefs and there is more of a healthy understanding and cooperation between the two Edinburgh sides. The ' Hibee's ' still retain their Irish heritage through their team colours, crest and of course the name Hibernian ( the Roman name for Eire ) but gradually over time this connection has been more or less watered down. Even in the 50s there was a strong debate about whether to promote Hibernians Irish history fearing the same level of religious hatred as encountered in Glasgow. It was therefore decided to remove the offending Irish harp from the team badge and it did not return until recently in the year 2000.

Today Hibernian football club represent mainly the gritty Leith area of Edinburgh ( represented by a ship ) made famous by Train Spotting author Irvine Welsh and 80s agit-pop duo The Proclaimers. The other symbol on the club crest includes a castle for the city of Edinburgh.

'I'd never been to Ayshire
I hitched down one Saturday
Sixty miles to Kilmarnock
Just to see Hibernian play'
Lyrics from the song Joyful Kilmarnock blues by The Proclaimers. 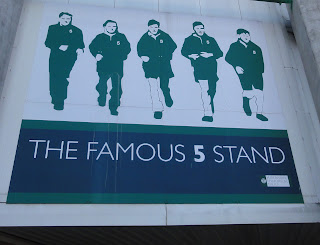 Luckily we went for breakfast at a recommended cafe in Leith called ' Word of Mouth ' before our unscheduled football match at Easter Road. It was a small bohemian retro type place about a 10 minute walk from the ground and here we tucked into a traditional Scottish fry up of haggis, mushrooms, scone bread, egg, bacon and black pudding. It filled me up so much that it spared me the agony of trying any more football fast food so thankfully again there will be no pie report. Word of Mouth fry up does however get 9 out of 10.

Do the sensible thing and head out early opting for a hearty big breakfast that is more friendly to your pocket and gives you the chance to unwind before kick off or try one of the green pubs ( and I don't mean environmentally friendly !)  in reach of the stadium. 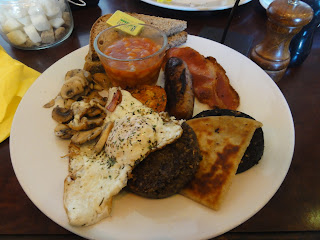 Like Gorgie Road there was a radical transformation from the cultured centre of Edinburgh the closer we got to the stadium. American and English tourists faded away to be replaced by hoodies, single Mum's and early afternoon drunks singing in the sunshine. Although only a half an walk to Princes Street here was a different world to the grand castles, historic monuments and large department stores. Rough characteristic  painted green pubs were peppered sparingly along Leith's main road and side streets balanced nicely with trendy coffee shops and second hand stores. Urban regeneration without a Waitrose, Marks and Spencer or pretentious wine bar in sight. It did have a pleasant afternoon vibe but not too sure whether I would have the same impression 11 o'clock in the evening when the local drinking populace were resisting being kicked out of the pubs.

With cheaper housing costs than it's affluent neighbour, Leith has attracted a large ethnic population and this has helped to give the place a unique and cosmopolitan feel. As I sat down and sipped my latte from a Sicilian coffee bar Asian families took a leisurely afternoon stroll zig zagging past indigenous groups of teenagers and old intoxicated men in Celtic tops. Polish and Chinese voices blending naturally with the soft tones of an Edinburgh accent making even swear words compelling and a joy to listen to.

After navigating around a common sight Edinburgh grave yard we got to the ground about 30 minutes before kick off which gave us a little time to find a seat before the crowd arrived and I took some photos of the empty ground. 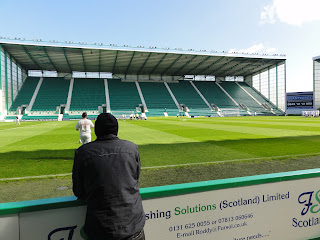 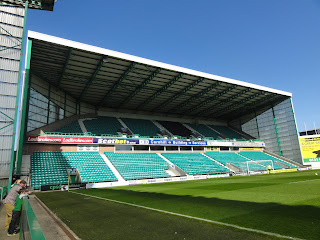 Easter Road is an impressive 20,000 all seated stadium with four modern stands all built since the 90's which gives the ground a better visual balance than it's rival Tynecastle. It lies to the east of the city but is easily reachable from Waverley Station taking around twenty minutes to walk.

Each stand in the ground has a large perspex wind shield at the sides also allowing a greater degree of natural light to reach the pitch. For this charity match only one stand was in operation which gave illusion that Easter Road was far bigger than it actually was and with it's green monochrome colour scheme also made it very pleasing to the eye. Cynically I could compare it to one of those enormous ornate catholic churches in South America built next to rubbish dumps with the locals desperately salvaging tit bits from the waste ( A criticism of Catholicism and not the people dear friends and family ). A slightly extreme comparison but one fitting for this report and the fact Easter Road Stadium does not quite assimilate itself into this type of antique urban surrounding.

With the limited time I had there and not using any of the facilities it is difficult to give any marks out of ten but I was extremely impressed with what little I saw. I suppose I will have to make it up to Easter Road for a competitive match the next time to conclude this report. 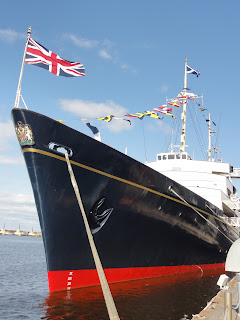 A mixed crowd of around 500 spectators had made the journey to Easter Road and not surprisingly generated more of an atmosphere than yesterday's game at Tynecastle. Being supporters the quality was a bit lacking compared to the normal SPL matches but a Hearts, Hibs game is naturally always going to be passionate and the tackles were soon flying in. Although supporters there was a distinct lack of beer guts or the usual over 30s Sunday pub footballer types on parade. Something tells me that these mainly fit young boy's were at least playing to non league standards on their days off and it was reasonably entertaining.

Due to a busy tight schedule we had to unfortunately abandon the match and continue our tour of Edinburgh after half time. It did however wet my appetite for a return and I'll be looking to get back next season ideally for the real Hib's, Hearts derby. 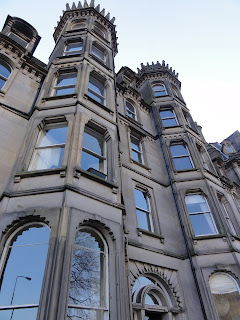 For the second afternoon spent in Edinburgh we continued to explore Leith and the near by dock yards where the Royal yacht Britannia is now permanently moored. Forget the extortionate price to board this floating museum and instead see it free from the observation point around the front. We actually climbed under the barrier and managed to see the not so obscured unofficial view of the vessel before being thrown out. Damn cheek that we all have to pay to keep the blasted thing afloat then pay again to look at only more excessive royal debauchery. The easy money that can be made from the fact gullible American tourists can be persuaded to breath in the same air as where her royal highness once passed wind.
Here the other kind of urban regeneration was being carried out ( or is the term ethnic cleansing ? ) as new swanky apartments and some casino seemingly sprang up from the scorched earth, encroaching the previous waste land like invading weeds. While some prestigious balcony views looked over the huge docked ships in port others amusingly had splendid views of a giant pile of scrap metal and accompanying crane.

Even here in this bourgeois sanctuary there was the occasional clash of two different worlds. When in a local shop looking for a drink in came an overweight young girl, sweating profusely and in a panic. We had witnessed her only a few minutes before ( exiting her mini after a 20 yard drive ! ) swearing at a cash point machine for not releasing any money and desperate to complete her urgent mission. With cans of beer in one hand and mobile phone wedged between her double chin, cheek and neck she rudely forced her way to the front of the queue in full conversation with her invisible boyfriend. Her demands for cigarettes and chocolate as though we were all being held hostage were not understood by the confused Asian shop keeper and only managed to infuriate her more. Waving her phone like a gun and speaking like a children's TV presenter to her younger audience she again made her demands ' Tween-tee Roth-mons, tween-tee roth-mons, fer God's sake moon '
Her life and death errand completed she snatched the cigarettes off the puzzled man, slammed down the money and stomped off in a huff, angry at how stupid some people can be. Yes unacceptable but also poignant. A little warning to the upwardly mobile Apple generation that around the corner lurks a council estate or two and beyond their cast iron security gates the real world.

Bypassing the huge shopping mall at Ocean Drive we returned back to the centre just before night fall and again took in this beautiful and elegant city. Over for now 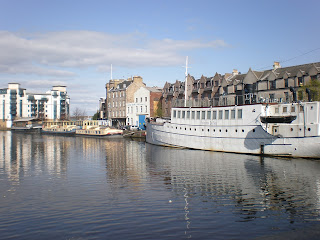 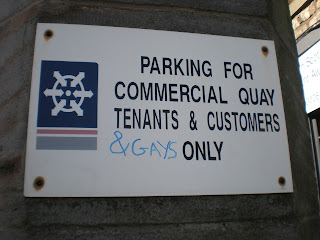