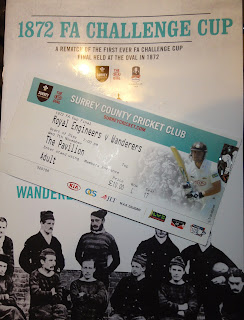 Cricket and football are generally unlikely bed fellows so it raised a few eyebrows when this FA Cup anniversary re-enactment was announced. To celebrate 140 years of this prestigious cup, the Oval cricket ground had decided to invite the two original competing teams to replay the final from 1872. 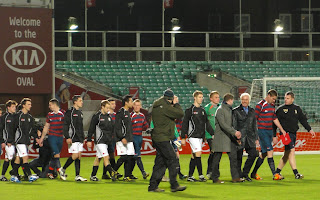 The Wanderers although officially dissolved in 1887 were reformed in 2009 with the approval of the descendants of the original club for the purpose of charity fund raising. Beating the Engineers in the first FA Cup Final they went on to winning another further four FA cups, three times in succession in the late 1870s. As their name suggests they originally had no home ground and usually played in the London area at other venues ( mostly at the Oval ). 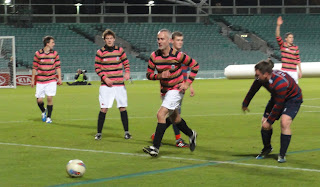 The Engineers were the pioneers of the beautiful game and were renowned in the early days of chaotic and physical confrontations to be the architects of passing football. Being an army side they were naturally disciplined, organised and more than capable to withstand the rough and tumble tactics of the games first evolving rules. 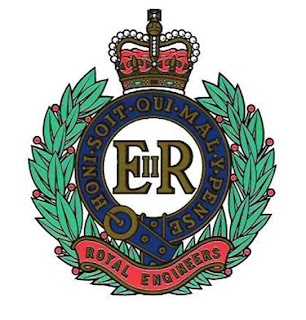 Early accounts show the regiment were the Brazil of their day and were the first to adopt what was then called the combination method as opposed to the individual dribbling style. This is when players would attempt to skilfully run through their opponents defences unaided and alone. Team mates would follow the field of play in the hope of intercepting a loose ball or obstructing the opposition.

The Engineers developed a style more in line with modern football where moves were completed with the inclusion of a number of team mates as opposed to the individual. Now celebrating nearly a 150 years of playing the sport they too often compete in similar charity events. 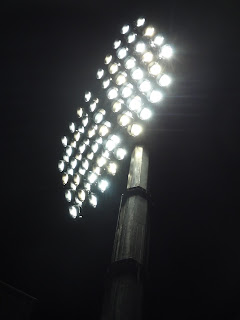 The first FA Cup competition involved 15 clubs although both Wanderers and the Engineers due to postponements were able to advance to the second round without playing a game. By the semi final stage Wanderers were to face Scottish favourites Queens Park who themselves had reached this stage by a series of byes and had not participated in a single match.

The Scottish club also had the formidable record of never been beaten or even scored against. This remarkable feat would continue for another two years. To compete against such superiority the English in desperation would eventually form the legendary Corinthians.

After a 0,0 draw the Glaswegian club, their record still intact withdrew from the competition because they could not afford the extended stay and another journey back to Scotland. The engineers in the other semi final faced the original Crystal Palace who again after a 0,0 draw, easily disposed of them 3,0 in the replay. 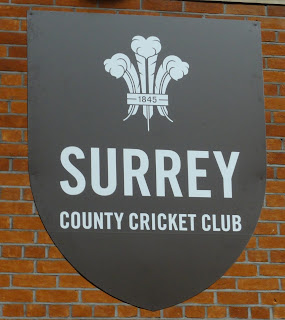 If handle bar moustaches and Victorian top hats were expected then the small crowd of around a 1000 were to be disappointed. Only the rather elderly linesman looked like he had any connection to the bygone age of Empire and penny-farthings.

Worse was the decision to play the match to modern rules as opposed to the physical enduring original laws. It may of been fun to see the goalkeepers shunted into their goal nets but such a decision probably saved a few broken bones.

Both teams however were to wear their splendid nineteenth century style coloured jerseys that retain both vintage class and style.

Within a few minutes of the kick off it became apparent that this was definitely not a case of history repeating itself. The modern day Engineers were a far more superior outfit compared to the visibly older non league team. They repeatedly bombarded their opponents penalty area and the Wanderers goalkeeper was kept consistently busy.
Ex Wales and Wimbledon manager Bobby Gould in charge of the Wanderers had his work cut out when his side went into the half time interval 6, 0 down.

With a few changes and a more direct physical approach, Wanderers were able to make their first advances into the Engineers half. To the crowds delight they eventually managed to score and improve on containing the army sides constant attacks.

The regiment were to eventually score once more and the game finished 7, 1 thanks to a more determined and organised Wanderers defence. The standard of football was not the best but it was crickets grandeur and unusual setting that attracted the the small crowd to this historic event. 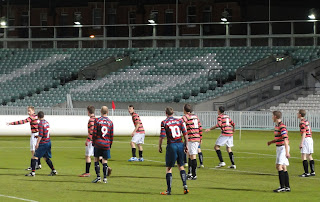 A note must be made of  the Wanderers over enthusiastic Chinese reserve keeper who spent nearly the entire match desperate to make it onto the pitch. Having many of his family and friends in the stand, his chance finally came in the dying minutes. A huge cheer went up when after some frantic warming up exercises he came on as a substitute and charged like a mad man into the goal area to take up his position. His moment of glory was to last only a few minutes but it was worth the cost of the ticket to see such devotion.

Cost of ticket. £10
The Oval gets 7 out of 10. Great cricket venue but a terrible view from the Pavilion end. Resticted view behind the support posts and hoardings. Some lovely vintage photos and paintings in the main building in a setting steeped in history.
Cost of beef pasty. £4.50. Over priced for an average match snack. 5 out of 10.
Cost of tea. £2.00. Sold with the option of scones and jam ( so very English ). 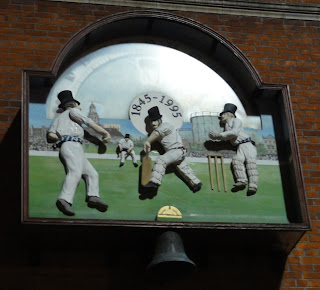