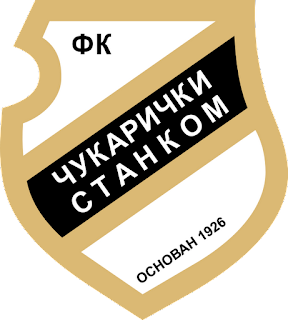 Having a confirmed evening kick off for the Belgrade Derby meant that there was time to sample a little more football from the capital. Today's match against Banat for an unknown reason was free.

Čukarički are a private club and play in the second tier of the Serbian league and were founded in pre Communist times in 1926 by Miloš Ilić a famous aviator. Since their beginning they have hovered between the top two divisions occasionally having brief periods of success.
In 1973 they were Serbian champions and more recently in 1996 they finished 6th in the Super Liga. 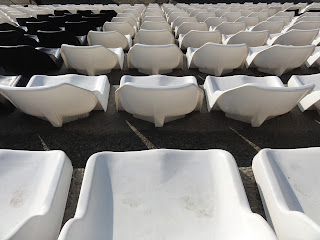 Thankfully the day was a dry, cloudless and cold. Čukarički's 3,500 capacity ground is nearly totally open air having the usual plastic chairs bolted down onto concrete steps along one side of the entire pitch.
Apart from a small club house with limited enclosed seating ( probably for club officials and press ) the ground is virtually one sided, being surrounded by training pitches and fields.

Although the crowd were relaxed and content basking in the winter sun a lone, elderly Čukarički fanatic did his best to cheer on the home side. His somewhat futile attempts to create an atmosphere did however provide entertainment to the rest of the watching audience. 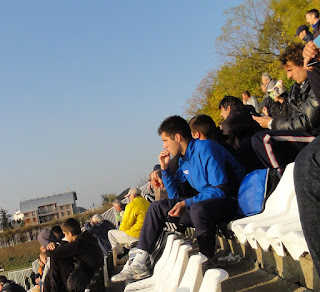 With the Eternal Derby later in the day there was only a very small turn out of 150. As stated before Serbian Clubs struggle to encourage supporters to come to games as most of the public would rather watch foreign football or even trashy soaps and reality TV programmes.

Even Red Star and Partizan only average small gates when they play the Super Liga's smaller clubs. It seems like only the meetings between the big two reverts back to better days when all the Balkan giants played on a regular basis to packed out stadiums.

Surprisingly the match was played at the highest quality with both teams exhibiting good technical skill and passing football. It seemed like an eternity before the first throw in and corner due to the high level of accurate near tiki tak play.

The home side were to dominate the entire 90 minutes holding FK Banat to a goal for most of the match. With the away team pushing for an equaliser Čukarički scored the killer goal minutes from the end.

Today's result means that Čukarički go into forth spot and maintain a credible push for the play offs. Banat on the other hand are left struggling third from bottom and becoming increasingly likely candidates for relegation.

Thanks to Bogdan for added information and directions :- ) 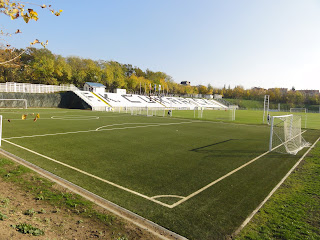 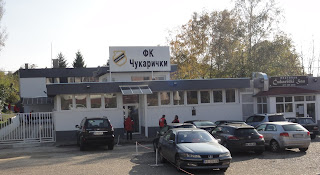 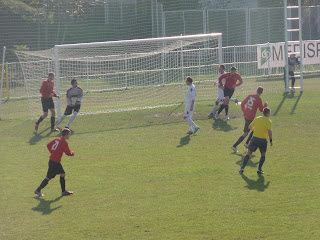 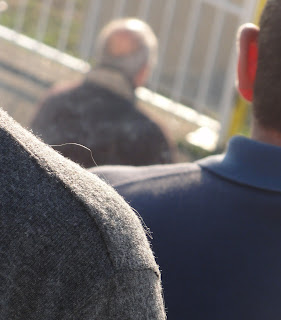