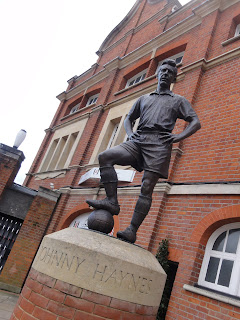 While the rest of the capital seems relatively normal, intrigued neutral visitors around Craven Cottage pinch themselves that they have not entered The Twilight Zone or an institution for the insane. It's two o clock on a Wednesday afternoon in South West London and a friendly match between South Korea and Croatia is about to kick off ?  For the next two hours it really is going to be welcome to the asylum. 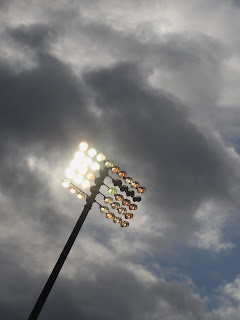 Huge burly men in black shout Balkan chants amongst the high pitched screams of girls from the far East. A man in a red ice-hockey helmet frantically beats together two large rubber clappers. On the other side of the vintage wooden stand are other men in huge red and white chequered hats. With their bright padded red and blue clothing they unintentionally resemble demented circus clowns. Bedlam has nothing on this !

This is the beauty of football, two radically different cultures mixed together but unified in their love and passion of football. Whether today's clash might have produced a slightly different atmosphere had it been an official contest is a matter of opinion. What is certain is that the Korean fans participate in the same kind of friendly but loyal support for all their matches and they are a credit to the sport for it.

Here however the Koreans draw on the support of New Malden as opposed to Seoul and it seems there are far more Croatian's in London than was at first anticipated. Apart from the chanting they are on the whole more quiet, thoughtful and look a little more aggressive.

Frustrated safety stewards continuously shout out instructions to blank expressions or smiling nodding faces. In one corner a small crowd of stern looking Croats dressed in black hoodies are surrounded by concerned police officers. There is no reaction to the game from the grim reapers towards the Koreans or the thin blue line before them. Hands in pockets they simply stare. 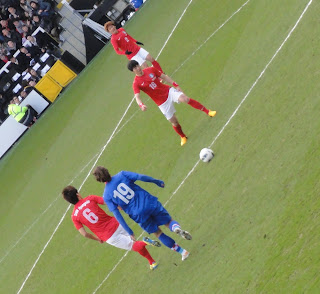 The Koreans in contrast react to the smallest incident with unbearable screams of complete and utter delight. The high pitch shrieks and volume are enough to shatter glass and neutral unprepared eardrums. Ear muffs must be advised for all Korean matches in future or the authorities must ban the females ( and some of the men ! ). The girls excitedly clamber towards the front to be nearer to their sporting idols while unlike most football games the back of the stand strangely remains empty. 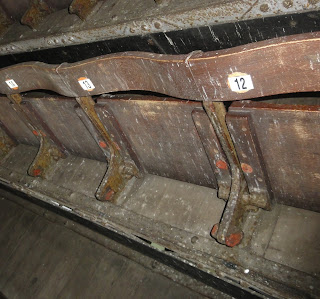 The first half is surprisingly played at breakneck speed with both teams eager to please their fans and to give a few Premiership managers near heart attacks. Croatia presented a more recognisable squad including a mini Tottenham old boy's reunion of Kranjar, Corluka and Luka Moderic. Evertons Nikica Jelavic also held a position on the bench but was later able to make a significant contribution to his countries comfortable victory over the Koreans with a goal.

Moderic currently struggling to make an impact at Real Madrid found it easy to evade the attention of the opposition and bossed the midfield throughout the match. The young Koreans notable in the absence of  the now retired Park Ji-Sung, went close on a few occasions but were simply outclassed by a combination of class and experience. This did not dampen either the resolve of the team or supporters who gave their all until the final whistle. 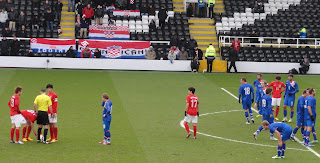 Craven Cottage gets 8 out of 10. Updated Premiership stadium that still retains it's historical and vintage look. A great football ground in one of the most attractive settings in all the football leagues. On the down side can be very cold and windy being positioned along by the River Thames.
Capacity. 25,700
Nearest Tube Station. East Putney or Parsons Green, District Line ( approximately 10-15 minutes )
Floodlights. Basic but retro. 7 out of 10 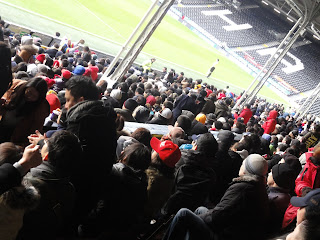 Budget Tips. There are none in this gentrified yuppie utopia. Avoid all pubs, bars and cafes at your peril. Traditional London no longer exists in such pretentious and soulless places. Bring a pack lunch or eat from a local supermarket.