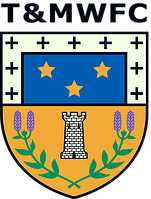 A TALE OF TWO TOOTING'S

A rapid demise in the fortunes of legendary non league giants Tooting and Mitcham United FC over the past few seasons has lead to the formation of T&M Wanderers by a group of frustrated fans and ex employees.

It seems the focus of their anger is clearly directed at current United chairman and property developer Steve Adkins. Assurances of added investment and a credible strategy to gain promotion have been short coming and patience finally run out after a disastrous 2012-13 season. 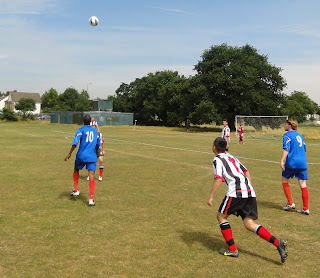 With a limited budget Roberto Forzoni had been installed as the Tooting manager at the beginning of last season. Even by applying new scientific methods Forzoni's days were numbered as he virtually had to choose a squad from scratch, formed mainly from a group of young local triallists. After a terrible run of results he was sacked and replaced by Scot Jamie Martin.

On the back of falling attendances, Martin had brought a degree of stability to the Terrors but again down to what he claimed was severe cut backs felt his options were limited in obtaining any hope of promotion. Utterly frustrated he left before the end of the league campaign. Replaced instantly by his understudy Phil Simpson, Tooting plodded on to finish a disappointing 16th in Ryman Division One South. 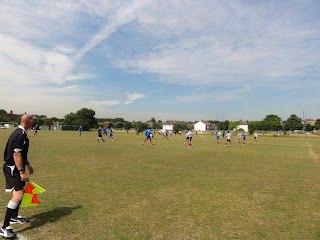 Adkins defiantly claims his aspirations include taking Tooting to the Ryman Premier and beyond yet argues recent cut backs were necessary in keeping the club afloat. But others point to a series of alleged financial misdemeanors and a clock and dagger attitude to the exact direction the club is heading.

Wrapped firmly within this coil of secrecy, unsurprisingly employees are reluctant to speak out against their controversial boss. This has only fuelled speculation of ulterior motives including a policy of purposely running the club down to profiteer from the possible sale of the land. Other conspiracy theories point towards another bigger club moving in. 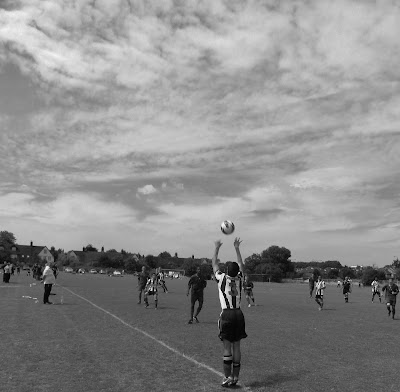 Obviously with some regret but deemed necessary, the Wanderers were launched earlier in the year having their base of operations at St Catherines Field in Raynes Park. The newly set-up TMWFC web site promotes the creation of a club that returns to the grass roots values of traditional non league football. Playing in an identical black and white kit and retaining the classic T&M badge, to the neutral observer it is hard to tell exactly the what the differences are between the two clubs.

One main difference will be that the Tooting rebels will play their first season four leagues below United in the Surrey South Eastern Combination Intermediate Division. Another is that the Wanderers unlike United will be run by the supporters and openly promote a policy of ' power to the people ' but to what capacity is not specified. 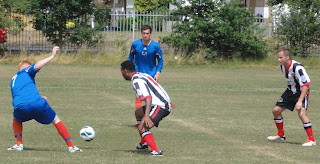 The defectors make it clear that they are in no way a rival or breakaway club but purely there as a safety net to guarantee a football team will continue to have the name Tooting and Mitcham in the future. They believe the continuing policies of the Adkins regime will ultimately lead to the eventual extinction of their beloved United. 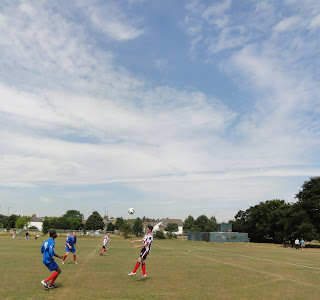 Today's match agianst a Raynes Park Vale XI and the Wanderers first historic encounter started off in a bad way for the fledgling club. Unable to play on their home ground St Catherine's due to an unplayable pitch, the game was easily switched to their opponents neighbouring ground, St Georges. Coincidently Raynes Park Vale were playing Tooting and Mitcham United in a pre season friendly later in the day.

In soaring temperatures and what was essentially little more than a Sunday park football setting, the match kicked off witnessed by a disappointing small crowd of around 30 or so spectators. Most had attended to see both Tooting matches and some along with the players girlfriends and family had turned up simply out of curiosity. 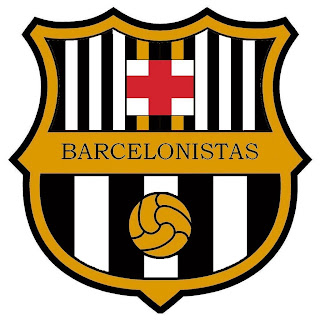 The Wanderers fielded a very young team from their Barcelona affiliated academy and considering the conditions the game was played at a blistering pace. 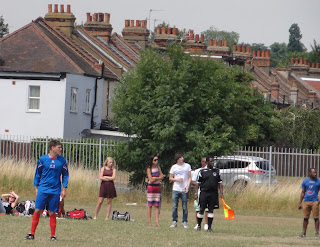 With plenty of breaks to take on fluids TMW gradually began to dominate the game through nothing but superior fitness levels and a disciplined style of play. With the Terrors penetrating the Vale penalty area on numerous occasions it came as no surprise when they went a goal up through a deserved spot kick by Alvin Sarmiento. Against admirable pressure form the unofficial home team, an exhausted Tooting gradually held out for a victory.

The result was unimportant, this was on paper nothing but a pre season friendly yet more importantly it heralds the beginning of a new club. Strangely a beginning that is unwanted by both it's revered namesake and it's speculative and pessimistic creators. Whatever happens now it is certain that at least one club called Tooting and Mitcham will continue to play on. 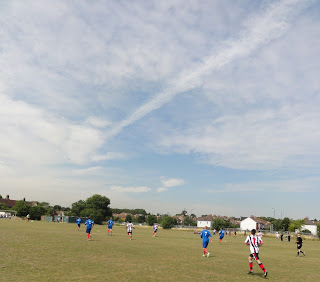 Cost of admission. £2 ( with programme )
Bad food guide. A Raynes Park hot dog  ( £2.00 ) cooked on a barbecue outside the club house wasn't the greatest sausage in the world but both the effort and the price were appreciated. 6 out of 10 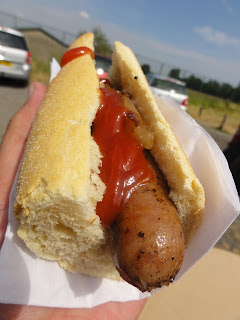