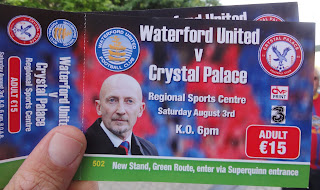 Sardines in a tin would be the best definition for fifteen supporters cramped tightly into a mini bus, add a few hundred miles and a three hour ferry crossing then a fart in a space suit would be more appropriate.
The omissions alone produced by a lethal cocktail ( very much shaken and stirred ) of alcohol, fast food, nicotine, caffeine and sugary snacks would be enough to have the journey condemned by environmental  agencies intent on saving the planet. 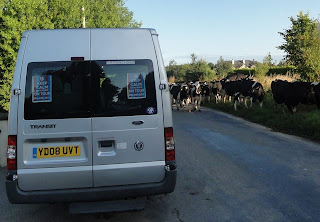 Lorry contained illegal immigrants would have in more likelihood have had a more comfortable trip but such is the dedication of the few that endeavour to make such sacrifices in time, money and doing the best to keep one's sanity. Add to the equation that this is no glorious Champions League excursion but nothing more than an insignificant ( to the TV executives ) pre season friendly against an Irish club in the second tier.

But for Crystal Palace supporters this represents a rare trip away into Europe and a change form the usual humdrum pre season away friendly fixtures that included Dulwich, Crawley and Dagenham. Whilst their more illustrious Premiership counterparts were overseas in the Far East and USA sealing lucrative sponsorship deals, the Eagles were content to cross the Irish sea to Waterford.

It mattered little that the opposition were not Bayern Munich or Barcelona, for Palace this was a prelude to the promised land of the Premiership and an ideal opportunity to use the match as a testing ground for the campaign ahead.

With an early evening kick off of 6.00 pm a slow trickle of red and blue from South London and strangely across Ireland converged on the once prosperous city of Waterford. However with austerity measures in place the once roaring Celtic tiger was little more than a bony, starving cat. Helped also by a national music festival and unusually fine sunny weather, for today at least the traumas of economic depression were forgotten as the bars and pubs were full to capacity.

With such an uncertain political climate, the club too had recently had a battle from going extinct and today's match going ahead was dependent on a court hearing that confirmed all debts could be paid. A real shame for a club that had seen better days and had was desperate to achieve promotion back to the Irish Premiership. 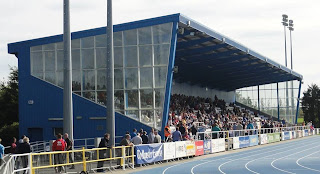 Fuelled constantly by music, Irish hospitality and the sacred black stuff, supporters staggered merrily to the humble open surroundings of Waterford's ground, the regional sports centre. Two basic stands and an unwelcome ( for football at least ) athletics track awaited them. Having played a Manchester United squad the week before today's game was well attended although prices were reduced in accordance to the opposition.

Waterford had surprisingly played a league match the night before and with a threadbare squad it was going to be difficult contest against the promoted London Premiership side eager to trial it's most recent purchases.
Although visibly weary they started well against a Palace side getting to know each other and equalled them in all departments for much of the first half. 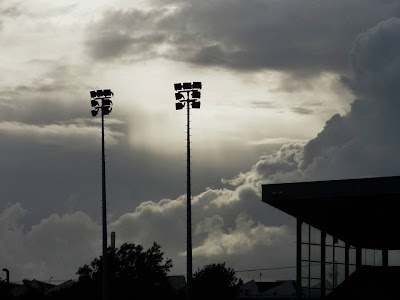 Palace manager Ian Holloway looked a little deflated at the side lines and was unusually quiet by his hyper active standards. Worryingly it was only until he changed the more familiar personnel with a number of the youth team and players on the fringe of first team football that the Londoners looked anything like members of England's football elite.

The four goal to nil scoreline was not a true reflection of the match. Waterford had simply succumbed to exhaustion while Palace were thankfully rejuvenated by a younger squad in reserve to save them some blushes. 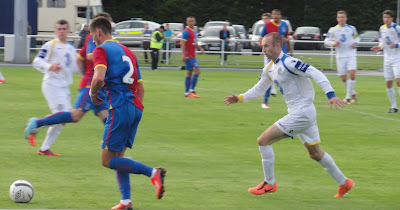 Cost of admission. 15 Euro
Regional Sports Centre. As stated before it is a multi sports complex so it would be unfair to criticise the athletics track although obviously it makes it less enjoyable to watch a football match. Good general amenities and adequate refreshments. 6 out of 10
Programme. 4 Euro. Over priced publication with little info, limited pages and adverts. A disappointing 4 0ut of 10