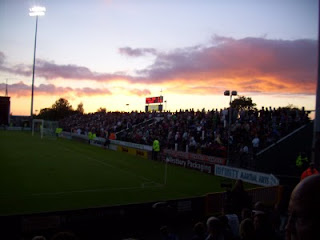 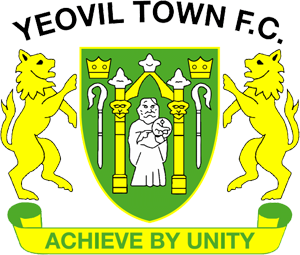 Sorry but this blog will not always run in chronological order hence the earlier game in the week and a valued away ground that up until now was a rarity.
Another apology to the good people of Yeovil as I can say not too many positive things about the town itself as geographically it seems to be in the middle of a series of fields and hills. At least many such towns have a coastline nearby to alleviate the boredom but here there seemed to be nothing but shops and legoland housing estates (not the picturesque country landscape I expected).

On a visit to the tourist information center we asked what there was to do and a very well spoken Polish lady could only advise us to go ......shopping !
She then recommended the tiny museum conveniently situated next door to which we eagerly entered only to find a collection of an assortment of weird and wacky things. Firstly we spotted a pink plastic blow up Mr Blobby in a glass cabinet followed by a Star Trek uniform and to top this finally a 1980s box of Durex (again pride of place in it's very own display case!).I did not have the courage to ask why such strange exhibits were on display to promote the town but have to say there was a general improvement upstairs with various Roman, Celtic and other ancient archaeological finds. 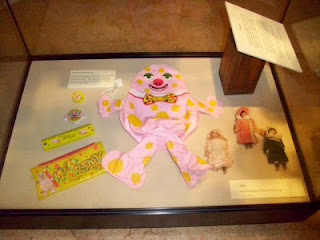 We stayed in a huge very old 16th century coaching inn that I prayed would have to be haunted by some headless corpse but alas the manager informed us that she had not seen or heard anything in the 10 years she had worked there. Other locals nodded their heads in agreement and I headed off to bed in bitter disappointment. 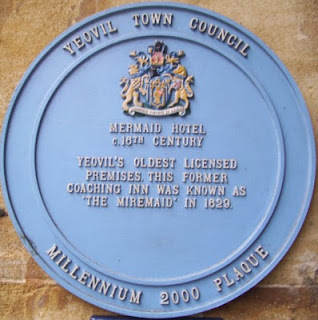 The not very haunted Mermaid inn

The ground itself was situated a fair few mile out of town and we had to order a taxi to get there. It was small and compact much like Yeovil itself and contained a small amount of very enthusiastic supporters generating a fair atmosphere.

The away support tonight on the other hand were unusually quiet and were mainly situated in an uncovered stand behind the goal. Had it of rained then there experience would of been a whole lot worse but being early August it was pretty pleasant especially the sunset as it approached evening. The floodlights looked more like torches and reflects the clubs recent history of being a non league side and will probably change in the near future.

We sat in the stand to the side which was okay and offered a good view of the pitch and plenty of leg room.
Highlight of the day has to be the classic west country cornish Pasties (No Chicken Balti !!!!) which were exceptional and nicely washed down with a cup of tea. 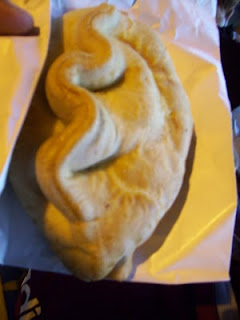 Again it has to be said Yeovil are a team currently in Ascension and there ground will no doubt improve with the position and the fortunes of the club.Yet if improvements are forthcoming then I hope they manage to retain some of the character of the original ground rather than opting for one of the boring new stadiums so common in all leagues.
Posted by Unknown at Monday, August 16, 2010