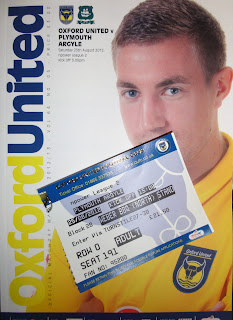 ' Plymouth manager Carl Fletcher is working miracles around a team of kids and older players like Darren Purse who should be running a pub and wearing slippers instead of football boots. '

After a golden age in the 80s winning the League cup in 1986 and playing in the top flight of English football Oxford were the first club to win a major a trophy and subsequently be relegated to non league football.

The club plummeted to the basement as quick as they had risen to the First Division directly as a result of mismanagement and corruption under the tenor of it's infamous former owner, newspaper tycoon Robert Maxwell. After the acquisition of the more lucrative Derby County Maxwell created a football cartel by positioning his son Kevin as the new chairman of Oxford and focusing all resources and input into the Midlands club at the expense of The U's.

Languishing for many years in the Conference, Oxford finally gained promotion to League 2 in 2010 beating York City in the play off final at Wembley Stadium.

After arch rivals Swindon Town managed promotion to League 1 in 2012 Oxford are looking to mirror the achievements of it's advisory and now after gaining a firmer foothold in the league once again rise up to the heights it once achieved two decades before. 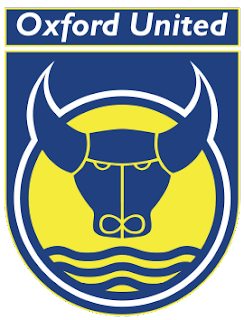 Today having come close to both extinction and nearly exiting the league trap door Plymouth come to The Kassam Stadium in the hope of a less traumatic season and conciliating their position in League 2.
The Green Army arrived in their droves to visit not only their South West adversaries but also to witness one of the most visually unusual grounds in the country.

With only three stands and a car park at one end it always manages to holds one attention when watching the league goals on TV. Unexplained large gaps between the stands also means that strangely the pitch looks detached from the stadium. What is in the short term a temporary measure has heightened the profile of the Kassam but any future success will eventually bring the ground into the norm by added investment.

Foundations are already in place for a forth stand and any dream promotion to the Premiership would surely involve filling in the corners. However such anomalies bring certain discomfort for the temporary Saturday match inhabitants of the Kassam in the guise of high winds and being a little open to the elements. Motorists that leave their cars behind the goal end enter a Russian Roulette lottery and run the risk of having their windscreens smashed from any wayward rocket shot.

A point of note is that in the car park is a rather impressive stature of a bull that would probably look more in place centre stage around the front. 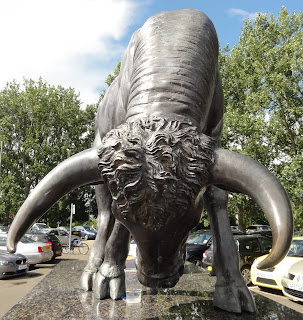 Having moved to the 12,500 capacity Kassam from their previous home, the Manor ground in 2001 all the facilities are naturally in line with the needs and requirements of the modern supporter. However the location is somewhat isolated being over 4 miles from Oxford city centre and it can be a troublesome trek if travelling to the stadium by train as it is necessary to get added transportation.

The required bus journey is an event in itself as it slowly grinds its way through city traffic, Gothic spires, canals and then countless estates before arriving near to the ground ( if no supporters on board politely ask the driver to let you off at the appropriate stop ! ).

It's fun to see trendy coffee and book shops to be replaced gradually by cheap kebab outlets and council estates. Maybe the club should look into providing its own source of transport that takes you directly to the ground and back to town after the match to avoid so much unneeded hassle.

Kassam Stadium gets 7 out of 10
Match day ticket. £21.50
Match day programme £3.00 7 out of 10. A typical glossy publication with in depth articles on the team, opposition and League 2.

Buses to Stadium. Numbers 5 ( more regular ) and 106 from outside the train station and number 1 in town. Can take a while so give yourself plenty of time.
Chicken Balti pie, a little disappointing as it tasted more like an under cooked  Korma but glad to have my old friend back. I've missed you. 6 out of 10
It's a shame Oxford can't go retro and place some massive pylons in the four vacant corner spaces and have floodlights. Shame ! 0 out of 10 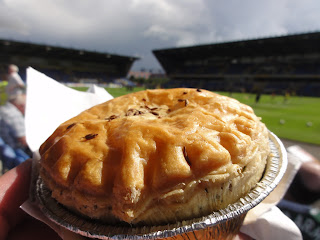 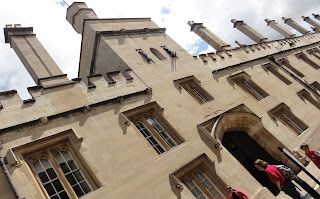 A mention has to be made of Oxford itself as it is a beautiful town full of history although much of it has become somewhat commercialised in line with its appeal to American and Japanese tourists. If you have the time then either stay over for the weekend or get there early to explore the centre before making your way to the football.

Weekends seem to be a hive of activity and the main high street is always packed full of entertainers ( not very entertaining ), street sellers and more American tourists. The council makes a huge effort to ensure the city is kept clean and tidy that really makes it very pleasing to the eye.

Being only the third league game of the season both sides were looking to improve on last years campaigns especially Plymouth who experienced probably its worse year ever in it's entire history. Oxford have been named one of the favourites for promotion although it is accepted that competition will be much more fierce over the coming months with a host of strong contenders battling for the top position.

The Green Army arrived as normal in large numbers which is a testament to their unbending loyal support considering their current precarious position and the amount of travelling they have to do across the length of the country. Plymouth manager Carl Fletcher is working miracles around a team of kids and older players like 35 year old Darren Purse who should be running a pub and wearing slippers instead of football boots.

Yet during the early moments of the game playing close passing football it was the Pilgrims who were firmly in control and even had a goal disallowed. This seemed to stun United into action and with increasing support from the home crowd the roles were quickly reversed and United capitalised further by going two nil up in the first 45 minutes both scored by last years under achiever Oxford striker Deane Smalley. Argyle huffed and puffed but could not repeat on their first 10 or so minutes domination and with the frustration came misplaced passes and the inevitable wayward punt up the field. 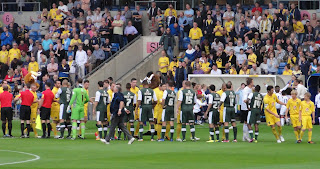 With storm clouds and lightning arriving in the distance Plymouth realised that their troubles have not gone away and they dominated the proceedings in the second half even managing to claw a goal back from a Robbie Williams free kick.' Let me entertain you ' it was but fortunately for United they were able to weather the storm and rightly emerge as victors after 90 minutes casting doubts on the league survival of it's Devon's opposition.

In contrast with three back to back wins the U's are the early trend setters and look like title contenders even at this stage in the season. It is too early to tell if the United will ever reach the heights of the 80s but like the Kassam it seems the foundations are already in place. 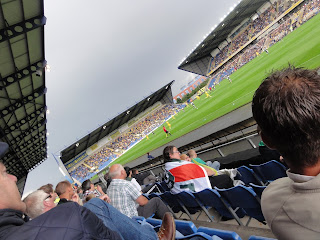 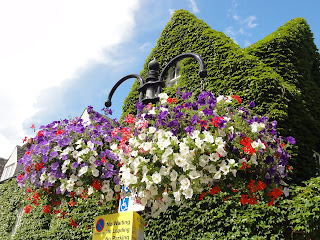