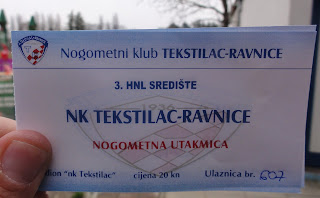 ' The Yugoslav conflict continues to permeate every part of Croatian life, from the people and media to the defaced socialist buildings and independence memorials. As in Serbia for many the memories are too fresh, the scars too deep and repercussions ongoing. '

It was the morning after the match between Croatia and Serbia. In Zagreb council sanitation trucks slowly clean up the previous nights debris from the now deserted and quiet streets. Just a few hours before there had been a national sense of euphoria as a relatively infant state celebrated it's 2.0 victory over once fellow countrymen and now hated arch rivals Serbia.

Smoky bars and clubs had been full of ecstatic party revellers, drinking and dancing to Croatian pop, Ganga and turbo-folk. Displayed and adorned everywhere were the now familiar red and white cheques of the Croatian flag. Most simply paraded around in football shirts, others had gone to more extreme lengths and were dressed in red, white and blue from head to toe. Domestic TV coverage had panned the entire nation and images of jubilation were transmitted across a curious and transfixed globe. 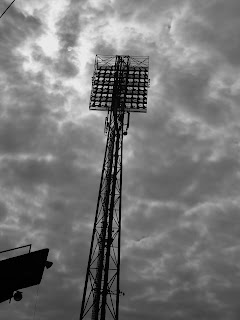 Luckily there were no away fans and with heightened security thankfully there was no trouble. The Serbian national anthem had been expectedly booed and the Dinamo Zageb stadium, the Maksimir had at times sadly reverberated to the sounds of old fascist war songs and chants of ' kill the Serbs. '
As with previous high profile international games in Croatia the media must take some responsibility for it's part in whipping up a feeling of hysteria and low brow nationalism.

But with FIFA closely scrutinising the behaviour of the Croats there is a general consensus that things have gone moderately well considering Croatian fans negative racist publicity and recent events at the 2012 European Championships. There is even talk by UEFA of a return to a Balkan league to improve the quality of football in the region but such an optimistic proposal is in reality a long way off. 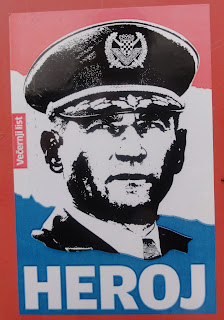 The Yugoslav conflict continues to permeate every part of Croatian life, from the people and media to the defaced socialist buildings and independence memorials. The festering war only assists in  helping to erode, and rot every part of society. As in Serbia for many the memories are too fresh, the scars too deep and repercussions ongoing.
The council trucks clean the streets yet sadly it seems they will never be able to cleanse a nation of the stench and horrors of war. 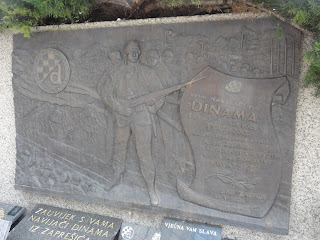 After the festivities Zagreb is hung over. A few hardened stragglers in Croatian shirts wander the streets in search of warmth and a next day top up. Slowly the coffee bars begin to fill up and a city splutters and struggles to return to normality. Many buy the newspapers declaring victory and continue celebrating with a liquid breakfast teamed up with a few obligatory cigarettes.

Around the Maksimir workmen take down the added security fences and scaffolding needed for the influx of added spectators not normally present at International football matches. In Septembers World Cup qualifying match against near neighbours Macedonia only 15,000 had made the effort to attend and against Wales in October it was marginally better. Yet with over a 100,000 applications for the game against Serbia the Maksimir had a full capacity of 36,000 spectators. 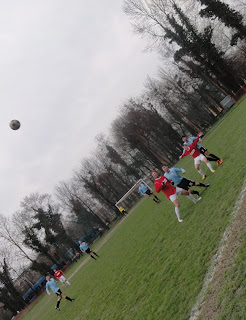 A stones throw away from the Maksimir another match was about to take place. With the previous nights aftermath over this was the underbelly of Croatian football, there would be no media circus here. NK Tekstilac are a third tier club with no distinguished history, no silverware and no players of note. They are like many lower league clubs throughout the globe an essential cog in the machine who without, the higher structure would simply cease to function.

Tekstilac lying in mid table were up against NK Gaj Mače who were rooted firmly to the bottom of the 3 HNL league table. At first there seemed little or no interest but the hardcore of supporters began to turn up half an hour before kick off. The Stadion NK Tekstilac Ravnice is in truth not a stadium as such but more of a football pitch with added amenities. 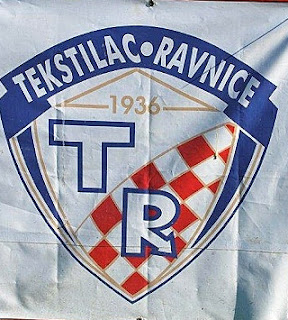 Fans paid their admission and entered the club house. The door creaked opened and like most Croatian bars there was a waft of thick tobacco smoke that dispersed into the chilly afternoon air. Supporters were met with a homely bar tiled in red and white chequered squares. The surrounding walls were decked out in other lower league club pendants and general football memorabilia. Early arriver's had the bonus of front row seats not only for the action on the pitch but also to see the televised game on the big screen. 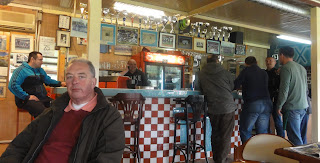 As the last moments of a goalless draw between Glasgow Rangers and Stirling Albion was finishing on the big screen the players appeared for the match on the pitch. A few of the more wrapped up and prepared regulars made their way towards the door while some of those fearful of the cold replaced them at the front row tables next to the pitch and behind the window. The mood was jubilant and contented after the victory over Serbia and there was a happy buzz around the room. 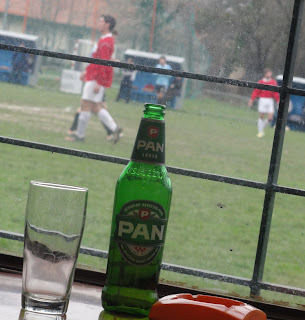 In the corner of the bar area a barbecue was being set up for the half time snacks and the smoke content was now at pea soup levels. Unperturbed the inside clientèle sipped espresso coffees, drank wine and chain smoked while the the more dedicated braved the cold. Behind one of the goals blue city trams whizzed past the pitch as the players kicked off.

The lob sided looking ball seemed a sacred possession or lucky charm as every time it was kicked outside the pitch perimeter the club was reluctant to release another one. The Tekstilac manager hoarded a bag of new balls under his bench seat like a mother hen protecting her prized eggs. 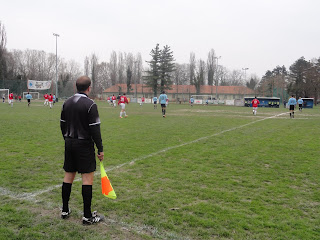 A simple mobile seating stand was set up next to the club house but most of the spectators chose to brave the elements and take position around the pitch in a more vertical position. A simple scaffold had been erected for media purposes and the match was being broadcast more than likely for club purposes.
A rather cold looking cameraman swigged hot coffee while filming the match on an antiquated piece of equipment that looked like it came from a time before the Yugoslav war. 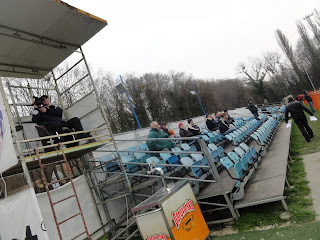 Back inside the older members reacted angrily to any of the linesman decisions that went against the home team. One irate supporter with cigarette in mouth heavily tapped the window every time the match official passed, both cursing and shouting obscenities in Croatian. Clearly last nights result was becoming a fast fading memory. 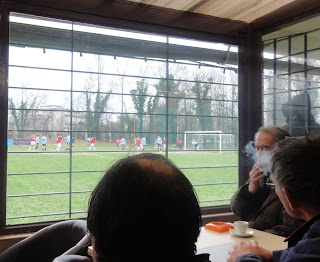 Surprisingly the visitors in spite of their lowly league position were the better side and were unlucky not to have at least one of there two or three disallowed goals to stand. A bemused Gaj Mače bench looked in disbelief when the ball clearly bobbled over the line during one of the more contentious incidents. Either there was a local betting syndicate in attendance or simply the Gods were against them.

The second half they didn't fare much better and Tekstilac were able to create a few good chances of their own. The standard was understandably poor but there were brief periods of brilliance. A home free kick had produced a 25 yard curling shot that narrowly scrapped the crossbar during the closing stages of the game. But it seemed from the beginning with so many wasted goal scoring opportunities the match was destined for a goalless draw. 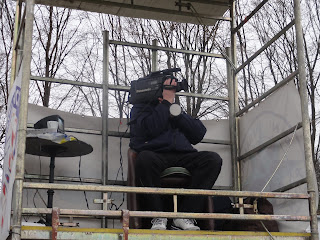 Cost of admission. 20 Krona  ( approximately £2 )
Stadion NK Tekstilac Ravnice receives a deserved 8 out of 10. With what little resources and support they have the club still manages to provide a good level of entertainment beyond it's means.
No Programme.
Floodlights. The typical small lighting for this level of football. 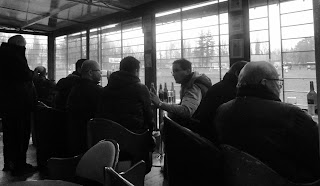