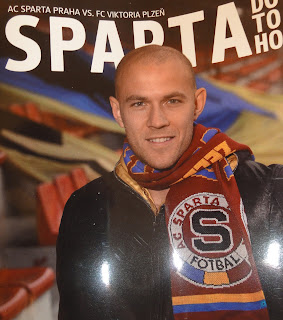 With Dukla Prague being a nostalgic visit back to the 60s, the highlight of any worthwhile football trip to the Czech capital was going to be the Prague Derby between Sparta and Slavia. Within moments of the final whistle at the Juliska, weary and dishevelled groups of football addicted week-enders hurriedly made their way to the Generali Stadium across the city. Some were already falling victim to a lethal cocktail of continuous football and cheap strong beer. Tumbling down the hillside like a mini avalanche, with an hour to go before kick off most of them went seeking trams to the derby.

One or two had decided to walk but many were cramped tightly into the number 8.Within this small contained space English was the alpha language and stale beer was the dominant smell. As the tram reached it's destination and finally stopped, the departing football junkies did their best to assimilate themselves into the passing crowds. For all their efforts a few adorned in customary shower jackets and battered baseball caps they might as well be dressed in pin stripe suits and bowler hats. 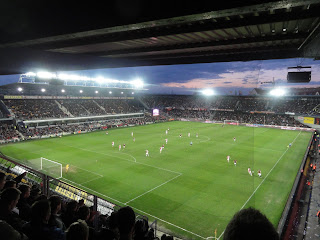 Others had defiantly chosen to do the opposite and one stag do party had collectively decided to attend the derby wearing matching blue and white hooped rugby tops. German and Polish footie addicts were in attendance too and equally inconspicuous in trademark military black shorts, back packs and camera equipment.

Above the stadium a police helicopter circled the area like a bird of prey. At ground level a mixed batch of families, riot cops, ultras and ground hoppers congregated around the security heightened entrances. There have been crowd problems in the past with this fixture and the authorities were taking no chances. Even with some supporters looking rather sinister in attempted anonymity by covering faces in scarves and caps there was a relatively non intimidating but lively atmosphere. 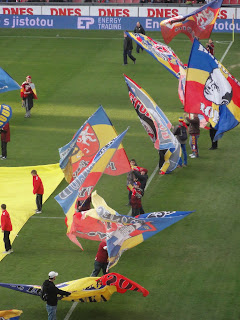 The build up to the match included a raucous set of loud metal and punk anthems leading to an impressive  procession of colourful flag bearers on the pitch. As the Slavia fans counter demonstrated with songs and chants, one young flag bearer showed his disdain by a series of rude hand signals towards the away end.

The thrill seeking Sparta fans that had not purchased tickets for the more fanatical area behind the goal made great efforts in trying to join their comrades. Grinding their way through the quieter corner stand they clambered over the high barriers to escape what they probably thought was a non participating and rather boring place to watch the match. However flares and smoke bombs allowing it seemed the entire stadium was doing it's best to create a special occasion and the club had prepared a series of visual displays via coloured cards to be held up. 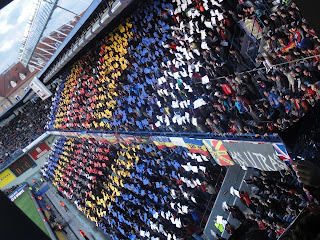 The Letna Stadium ( or the official sponsored, Generalli ) is a classic four sided ground that lacks the usual imposing Eastern European floodlights. Being renovated over the years it has fortunately lost it's athletics track in the 90s that once surrounded and blighted the pitch. It remains a little worn and shabby, in need of an uplift but still retains a certain character that is vastly superior to any modern structure. 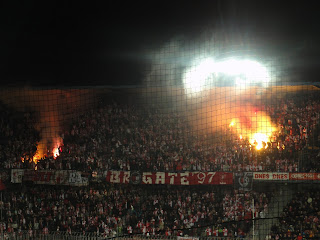 Pricing for tickets ranged from a few pounds ( approximately ) up to £60 for VIP tickets. This was for extra comfy padded seating with ample leg room, programme plus a range of match day snacks and drinks. 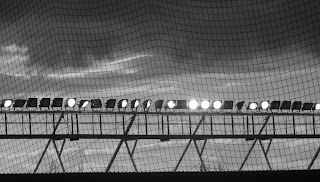 With the game kicking off Slavia, tightly contained down one end behind the goal and were soon in full voice followed by the expected pyro display. Although struggling mid table this was a derby and the contest was evenly balanced in the first stages of the match. Gradually Sparta began to dominate and with some telling balls caused Slavia into making mistakes and eventually an own goal in the 19th minute.

This was the obvious point for the Sparta fans to demonstrate their own spectacular light show and a barrage of flares were set off in the home stand behind the goal. Safety stewards held back until the flares were almost out and then politely asked the supporters to extinguish them fully. Just before the half hour mark Spartak were two up and still in the ascendency. The home flares were set off again as the Slavia support began to whimper away. 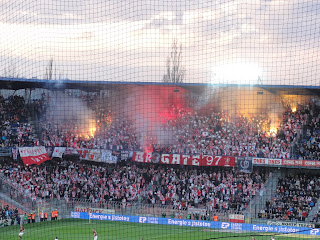 With the half time break over Slavia returned a different team determined to make a game of it. Easily outplaying Sparta they scored on the 50th minute through a goal by Jan Vošahlík. Forced into pushing up field to get an equaliser, Slavia were clearly vulnerable at the back and Sparta punished them through some decisive counter attacking football.

On the 84th minute they again scored through their young midfielder Ladislav Krejci, sealing a moral victory and keeping them in the championship race with Victoria Plzeň. Slavia on the other hand look to be heading for an unexpected mediocre mid table finish unless a radical turn around in events is to take place. On a positive note it has helped balance the league in favour of the usual under dogs and nearly rans into securing a top table finish and providing greater entertainment for the neutrals. 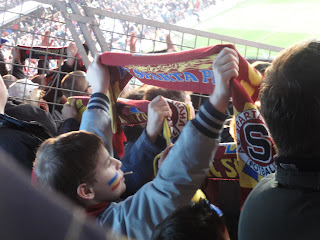 Cost of admission. 230 CZK ( £7.50 )
Letna Stadium gets 7 out of 10. Would of been an 8 had there been some notable floodlights but it's still a fine traditional ground.
No food guide as I was still recovering from my sausage at Dukla 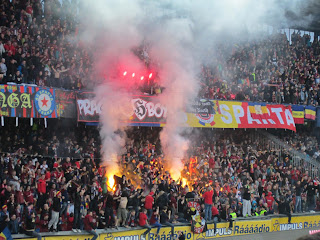 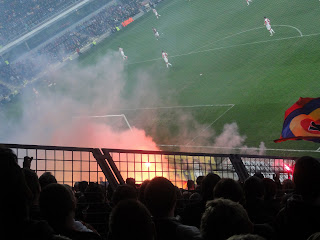