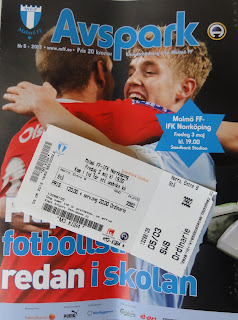 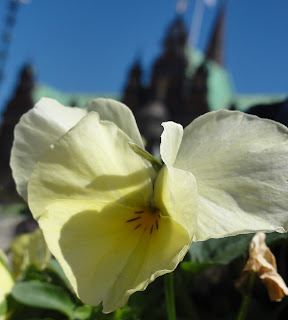 A small pocket of this national identity can be found in Sweden's third largest city Malmo. With a third of its population originating from other countries it really is a cosmopolitan area even by Swedish standards. Having a number of world renowned universities it also exudes a vibrant and youthful vibe through its large number of students and high school drop outs. The newly opened 5 mile Oresund bridge that connects Copenhagen with Malmo has also helped to rejuvenate a once dormant city virtually on the verge of flat lining.

Malmo being an ex Danish territorial procession still retains traits and an outward feeling of it's former overlord architecturally but the similarity ends there. Each city may be 20 minutes from each other but the Danes and Swedes are most definitely chalk and cheese in comparison and the small distance can also be measured to be worlds apart. Malmo is tranquil and sleepy compared to its noisy neighbour with its inhabitants contented simply to peacefully enjoy the parks, museums and roadside cafes and bars. 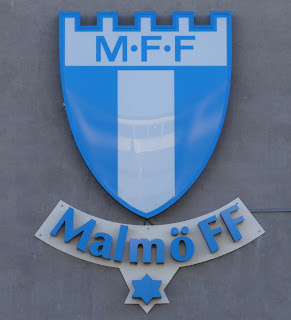 However the pride of the town must go to it's world famous football club Malmo FF, Sweden's most successful ever team and the only Swedish club to reach the European Cup final.
The golden age for Malmo started in the 70s when Englishman Bob Houghton took over and revolutionised Swedish soccer by introducing a series of new tactics and methods. With a record number of domestic cups and championships he took Malmo to the European Cup final in 1979 where they were narrowly beaten 1, 0 by Brian Clough's Nottingham Forest.

The successful run was continued when fellow English exile Roy Hodgson and former Houghton understudy took over the reins in 1985. Malmo won another 5 league championships consequently, 2 Swedish Championships and managed to knock out Inter Milan out of the European Cup in 1990. Held in the highest regard by the supporters, there is even a section of Malmo's new ground the Swedbank named after him. 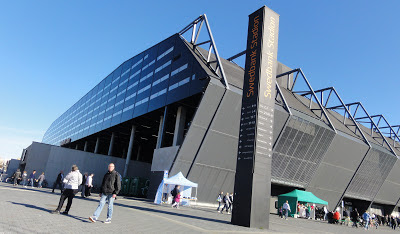 The 90s saw a period of decline for Malmo, with the club not winning any trophies and eventually being relegated at the end of the decade. Their emergence during the start of the millennium was primarily down to the extraordinary talents of a certain Zlatan Ibrahimović who managed to help the ailing club back to health. In 2001 Malmo were back in Sweden's top league the Allsvenskan although it meant losing their Bosnian talisman to Dutch giants Ajax.

Even without Ibrahimović the club have excelled throughout the past 10 years with a reliance on younger players and Malmo continue to dominate the Swedish football scene up until the present time.
Currently at the start of the season Malmo are top of the Allsvenskan pursued closely by Helsingborg and another Swedish power house, IFK Göteborg. 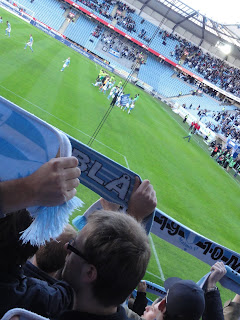 With the Malmo website promoting a greener policy of walking to the ground and getting there early for a series of match day entertainments, many had ventured to the newly constructed Swedbank Stadium long before kick off. In the shadows of the  new construction lies it's original smaller ground the Malmo Stadium and now home to Division 4 outfit IFK Malmo. 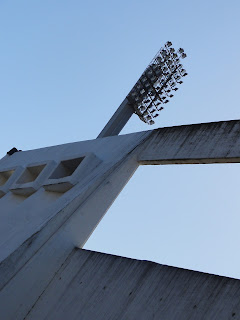 Although impressive and looking like a giant IKEA outlet, many would argue that the older ground built for the 1958 World Cup to be visually more stimulating with it's traditional set of floodlights and four corners compared to the basin type Swedbank. With the Swedbank now in operation sadly the future of this historic ground looks bleak as the local authorities are seeking to build a new swimming pool on the site. 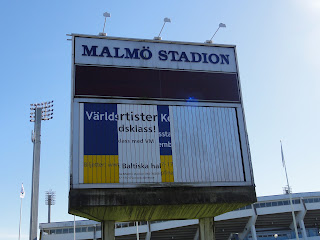 Match day entertainment consisted of some ageing DJ embarrassingly playing a mixture of dance house ditties and selected 90s indie tracks. The wise and experienced had voted to stay outside in the now encroaching longer days and blazing sunshine. With the country experiencing long dark winters the novelty of sustained daylight brings out the locals in their thousands eager for barbecues and a quick tan.

As the sun slowly sank and the shadows grew longer, supporters in small groups congregated contentedly around various hot dog stands drinking beer. The atmosphere was relaxed and there was almost no sign of any major police presence.

Begrudgingly with kick off half an hour away many now had built up enough Dutch courage to face the music ( of the ageing DJ ! ). They entered the stadium with the usual but friendly security checks and headed straight for the inner beer tents. There was no escaping the hip sounds of the groove pioneer but at least they had the sanctuary of alcohol to numb the pain. 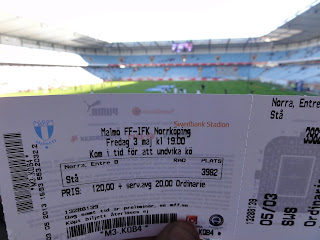 Again refreshingly Malmo like many countries globally have an area of terracing that both adds to the enjoyment of the spectator and the atmosphere of the stadium. Applied with strict safety measures and in cooperation with the emergency services and security, surely small areas of terracing can be reintroduced back into British top level football. Already trials are being called for by some English clubs but understandably many of the groups representing the Hillsborough victims are sceptical or vehemently against the scheme. 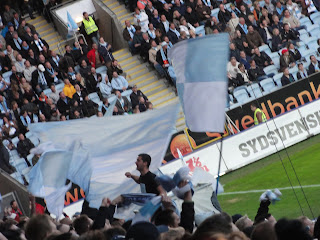 As the kick off approached the Malmo ultras began to chant and wave the usual large banners and flags. The terracing became a sea of sky blue that was nothing unique but then again impressive for a relatively small attendance of just over 13,000. The crowd was made up of a surprising mixture of families, students and young couples creating a wholly non aggressive but lively atmosphere. A rousing anthem was respected by the entire home crowd while expectedly the few Norrkoping supporters did their best to interrupt the singing with whistles and boos.

The visitors were the first to get off the mark with a wonder goal by Imad Khalili on the 8th minute putting the home team on the back foot for the remainder of the half. The mid table underdogs held on till the half time interval although they were facing increasing pressure from Malmo riled by the away teams resistance. 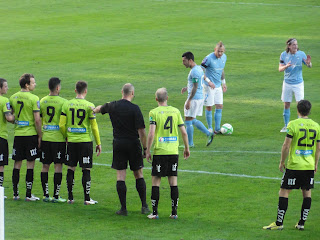 A different revitalised Malmo appeared for the second half obviously influenced by a stormy half time briefing and increased support from the terrace. The hosts pushed relentlessly forward and were rewarded with an equaliser on the 54th minute by 20 year old Simon Thern.
Frustratingly for the home support Malmo could not make the most of their superior procession and the game ended a one all draw. The surprising and disappointing result for Malmo places them in a precarious position at the top of the table with tomorrows matches to follow.

The weekend had just begun and across the Oresund bridge, Copenhagen was preparing for the anticipated upcoming derby between Brondby and FC Copenhagen. 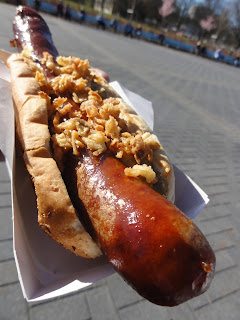 Cost of admission. 120 Krona ( £12 ) for the terrace area
Swedbank gets 7 out of 10. Modern ground with good to superb facilities but lacking any real character. Not a typical soulless arena so prominent throughout modern soccer as it reflects on creative Swedish design and aforementioned terracing.
Programme.  20 Krona ( £2.00 ) 5 out of 10. Disappointing A4, 21 page publication printed on cheap paper and lacking on detail and articles.
Floodlights. 5 out of 10. Inbuilt stadium lighting

Bad food guide. Surprisingly the Malmo giant hot dog was as good as it looked helped by a large dollop of hot American mustard. Much needed fast food in a land of fermented cold fish and bland offerings. 8 out of 10. 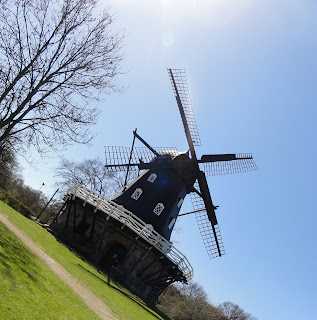 Budget tips. Generally most of the Scandinavian countries are notoriously expensive although it seemed Denmark was slightly cheaper than its neighbour. If going to Malmo then it may be advised to also look into staying in Copenhagen ( although a lot more wilder ) then travelling across the bridge by train. Also be prepared to book accommodation early to save on cost.

Drink like the locals and avoid bars and pubs until the late evening. Buy from from shops and supermarkets in the day.

Buy snacks from shops and if really pushed for cash and eat an array of general fast food such as shawarma and borritos.

Easyjet and other budget airlines fly to Copenhagen and it can be advised to book flights in the sale period. 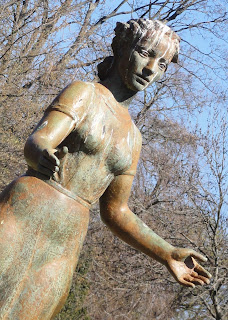